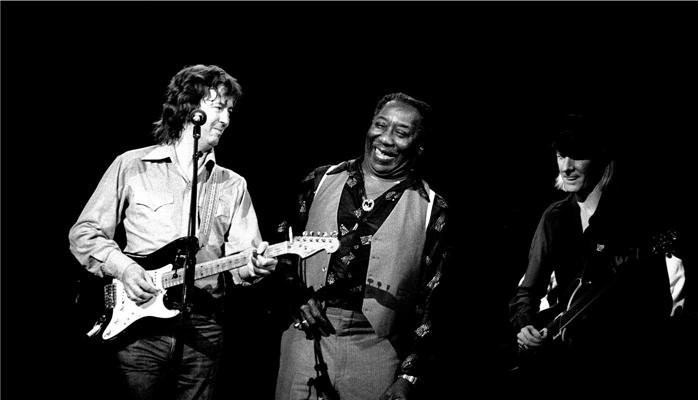 Last week, I was lucky enough to spend a couple of hours with Bob Margolin, legendary guitarist from the Muddy Waters Band back in the late 70`s. He shared with me a few amazing anecdotes from those days on the road, together with Muddy, and I couldn’t help myself to think of Muddy as a great leader to learn from.

There are many features of his leadership style that are interesting to analyse and also directly applicable to business leadership today. However, there is one area where he was the absolute master, as widely recognised by his peers at the time; he was a great talent developer. He was a “talent connoisseur” when hiring and known for generously removing himself from the stage letting their sidemen to be on the spotlight and shine.

“Muddy, unlike most blues band leaders, gave his sidemen every opportunity to develop into front men. He said, “If you’ve got a star in the band, you’ve got to let him shine.” I don’t think it’s so much that Muddy was non-competitive, it’s just that he was very secure. As great as many of his band mates turned out to be, they could never upstage “The Old Man.”” Bob Margolin

Throughout the years Muddy developed some of the finest blues musicians and composers of all time. People like Little Walter, James Cotton, Big Walter Horton, Willie Dixon, Junior Wells, Otis Spann, Pinetop Perkins, Buddy Guy and of course Bob Margolin, among many others, came out of his band.

At the time, in Chicago, there was strong competition and rivalry between Muddy’s and Howlin’ Wolf’s bands. They even stole talent from each other, as it happens in business today. In 1956, Hubert Sumlin, first guitar from Howlin’s band jumped boats to Muddy’s band and went back to Howlin’ after he threaten him with a gun while he was playing on stage with Muddy. Today, it would have done with a non-compete clause, of course.

Their style and their approach to music were very different. Now, when it comes to developing talent, “The Wolf” was the exact opposite to Muddy. He was the band. He was also a very big man with a deep and strong voice and he was the show, playing around with the microphone and moaning and crawling on the floor. Most people respected him but he was well known for being a difficult man with a difficult personality, a different kind of leader.

Muddy’s approach to talent development is acknowledged in the blues scene and taken as a role model by many emerging young blues musicians across the world. As leaders in business, we should reflect and learn more, not only from the usual suspects, but also focus more on less obvious leaders from other fields.

The Ten Most Impactful Business Books of all times
23 July, 2019

Commercial Excellence: as strong as the weakest link
23 July, 2019

Are you watching the score or scoring the goals?
23 July, 2019
Leave Comment